Pay any price, bear any burden 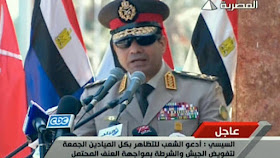 That's how he got there in 2013, it is in the nature of his power. The moment he shows weakness, he's toast.  Like the oak tree in the fable, if he bends he breaks. And nothing makes him look weaker than Ethiopia going ahead with GERD despite his intransigence. Egypt will be fine but the current Egyptian government is at risk, and the best way to minimize that risk is to destabilize Ethiopia enough that GERD is stopped or at least  delayed until it can be done in a "pliant" way that makes Al Sisi look "strong" domestically in Egypt.
But why does the US care about this oak tree regime more than peace in the horn of Africa? Well the oak is a necessary part of the regional axis with Saudi Arabia, and UAE. If Egypt is run by the Muslim brotherhood or a secular civilian government, or anything other than a military dictator,  it may no longer be a reliable ally of Saudi Arabia and opponent of Iran.  And this is definitely the type of thing that could cause neo-cons, and the liberal hawks and all the other interventionists to coalesce.  So it seems plausible that there is a faction within the Biden administration and the broader "establishment" that believes in trying to weaken Ethiopia to help Al Sisi as part of the the overall strategy in the Middle East.  It explains the "launch" events of the week of May 23, it fits Feltman going to Saudi Arabia, the  UAE and Qatar to discuss GERD. It fits with the US policy in Yemen. And it is similar to the convoluted logic on Syria that you see from all the "serious people".  It is of course not wise to attach yourself to a doomed oak and it's not like they don't know it. Listen to this interview with Ben Rhodes  who was in the white house during the Egyptian coup of 2013. But a policy in an organization as complex as this is not like a logical thought in a single brain, it's the outcome of many competing interests.  If enough factions want something, it can happen even if their reasons are contradictory.  A great explanation of this is in an interview of Al Gore in 2006 which really struck me at the time.  Skip ahead to 27:20 where he says  "the decision to invade Iraq was the worst strategic mistake in American history" and goes on to very clearly explain the "perfect storm" of four policy forces that led to it.  It is really one of the most remarkably clear segments I've ever heard on recent US foreign policy.
And as in the case of Iraq in 2001-2003, here in 2021 with Ethiopia, it's not one thing, I would say US interventionism is driven by
For now this seems like a powerful mix, and the interventionists  have the upper hand in the Biden administration. They will "pay any price, bear any burden" to pursue these deeply flawed goals. As long as the price is paid and the burden is born by others of course.  That's the big picture. Not very glorious. Just the same type of mess that in the past has led to the US supporting military coups overthrowing democracy when the "wrong" party wins elections like in Egypt, talking about humanitarianism while favoring war like in Yemen, "accidentally" arming Al Nusra Front (aka Al.Qaeda) in Syria, lying about motives and bringing perpetual war like in Iraq etc.  I'm sure Samantha Powers and Susan Rice try to rationalize that they are the good guys, the ends justify the means, mistakes are made etc. But they have been staring into the abyss for too long, the abyss stared back at them and sucked them in.
The best hope is for the interventionists to be slowed by the weight of their past disasters and blocked by other factions in the US. American interventionism has been failing a lot for a long time. The Iraq invasion gave birth to Al Qaeda in Iraq, then ISIS. They made Iran, which they want above all to contain, stronger than ever in Iraq. Assad won in Syria. Even Libya,  despite Egypt the supposed big force of the Arab world being right next door, is a dismal failure.  In Yemen $100B and five years of bombing, the Houthis are still there.   In Afghanistan, after 20 years and $2T US intervention, Al Qaeda moved and the Taliban won.  More important than the failure to achieve US goals, the incalculable damage to the people in Iraq, Syria, Libya and Yemen is impossible to ignore and the strategic blow-back keeps getting worse.  So despite the strong interventionist cabal in the Biden administration, it's not clear they can beat the "isolationists", some evangelical Christians like Inhofe that are pro-Ethiopia, maybe even some "anti-imperialists" from the left,  and other factions in the administration and congress. 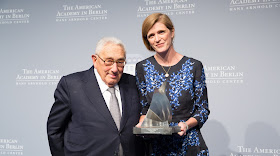 An additional weakness of the interventionists, which may seem paradoxical, is that they don't pay the price of their mistakes personally. No matter how wrong their predictions and disastrous their policies,  the same people keep shuffling in and out of think tanks and  the Pentagon and the state department, progressing their careers, with no evolutionary pressure, no natural selection.  So in effect, neo-cons and liberal hawks and Clintonites and Cheneyites in the foreign policy establishment have been in-breeding for so long their ideas are getting weaker, and their failures are getting more expensive.  Samantha Powers and Susan Rice are like inbred descendants of Henry Kissinger. Michael Rubin is like Paul Wolfowitz's mini-me.  So one possibility is that it all just fizzles out in incompetence and they end up doing nothing significant in Ethiopia.
There are also forces outside the US at play. GERD is kind of a pan-African rallying point. Practically six Nile Basin countries are already aligned with Ethiopia on this issue. Another key variable appears to be the UAE. They are usually aligned with Saudi Arabia and Egypt. But, they have had a good relationship with Eritrea and Ethiopia,  helped with the peace treaty between the two governments, offered to mediate with Sudan (until suddenly backing off mentioned above). Qatar is famously not aligned with Saudis so a possible balancing force. Turkey is a other big source of investment in Ethiopia and is a potential stabilizing force and of course China is as usual against US interventionism.  Finally, there's the fact that no matter how many times they pooh-pooh Abiy's Nobel peace prize,  whatever his flaws, they can't make him look like a Saddam, Gaddafi or Assad because he isn't.  And the election will make that even clearer.
Nemo Semret
Share